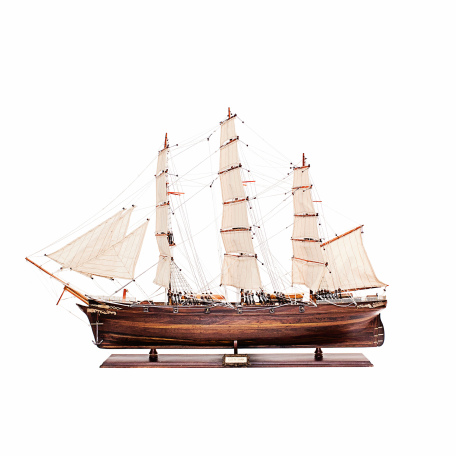 In 1869 John Willis, a shipowner and ship’s captain from London, commissioned the building of the clipper CUTTY SARK in order to beat the THERMOPYLAE (built one year before) in the “tea race”. The name CUTTY SARK is of Scottish origin and means “short shirt”. The figurehead is a witch called Nannie.

Under 1877 the full-rig ship sailed almost exclusively as a tea dipper on the China route and she frequently achieved speeds of up to 17 knots. Then from 1877 onwards the CUTTY SARK served mainly in the Australian wool trade

There are no reviews yet.

Be the first to review “CUTTY SARK” Cancel reply 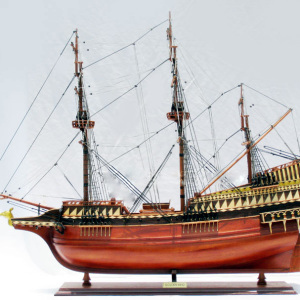 The Eagle is a three-masted sailing Barque with 21,350 square feet of sail. It is homeported at the CG Academy, New London, Connecticut. It is the only active commissioned sailing vessel in the U.S. maritime services. (One of five such Training Barques in world. Sister ships include: MIRCEA of Romania, SAGRES II of Portugal, GORCH FOCK of Germany, and TOVARICH of Russia.)

The Eagle bears a name that goes back to the early history of the United States’ oldest continuous seagoing service. The first Eagle was commissioned in 1792, just two years after the formation of the Revenue Marine, the forerunner of today’s Coast Guard. 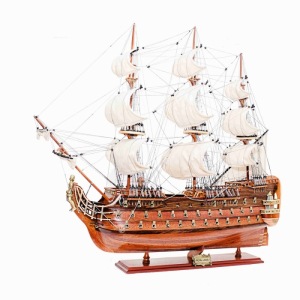 The first large three-decker, the Royal Louis was completed in Toulon in 1668, and was registered at 200 tons. The Royal Louis was a 3-deck vessel with 120 guns. Her captain was a Squadron Admiral. She was one of the most powerful firsrank vessels belonging to the French Royal Navy at that time. Our ship  model represents  the Royal Louis according to the plans of 1779, when she was Admiral-Ship of the Blue and White Squadron, being part of the American Squadron, also called Eark d’Estaing’s.